How Virtual Reality Can Boost A Brand’s Storytelling

The future is coming, and it looks virtual. In fact, predictions suggest that over 200 million virtual reality (VR) headsets will be sold by 2020. Pretty mindblowing stuff.

A 2015 study discovered that 75% of the Forbes’ World’s Most Valuable Brands have created some kind of virtual or augmented reality experience, a number that has undoubtedly skyrocketed over the last few years, and will only continue to do so as the years go on.

Virtual reality is a hugely powerful entity, and as much as people feel it will take away from the human experience, we could have a lot to gain from VR; particularly in business. With the customer landscape shifting in favour of the consumer, freedom and flexibility reign supreme. Organizations no longers have to physically meet someone to start a working relationship, nor do you have to stay in one place to make a living. And virtual reality will make these working relationships all the more possible.

Beyond gaming and the recent Pokemon hunting craze, VR has the potential to be an incredibly poignant storytelling tool. In today’s digital world, people still appreciate good storytelling. In fact, in the mountain of information an individual can consume every day, they probably crave it. When it comes to bringing your brand to life, a strong narrative is a must.

But before we look at power of VR in terms of storytelling, let’s ponder this…

In the past, when VR has been talked about as an experience outside of the gaming context, it has caused confusion. That’s because of virtual reality’s immersive nature. It demands to be interacted with.

Of course, games are born to be played with, which is why they mingle so well with a fully-fledged virtual world. Even if you’re not a gamer, it’s almost impossible not to want to don a VR headset and fight some baddies, or explore the depths of a fictional tomb.

It’s difficult not to want to escape the shackles of our everyday lives once in awhile. This is the very reason VR gaming is picking up so much momentum, and will continue to do so. So what about the non-gaming VR experience? Well, some have tried it in the past but gained very limited success.

Take HBO Voyeur for example. Back in the summer of 2007, HBO created an interactive virtual world (which could be considered a primitive relative of Oculus Rift) which depicted the respective stories of eight New Yorker’s living in various apartments in the city. Although HBO Voyeur was well-crafted and helped to challenge the relevance of linear filmmaking, it was passed off as an interesting experiment. 10 years later and we’re still yet to see Hollywood move into VR filmmaking.

Is this because VR demands to be interacted with? While that may be so there’s still so much to be discovered in the realms of virtual reality.

VR as a storyteller

We’ve established that VR has huge potential. The problem for many people when VR is mentioned in tandem with storytelling, is that storytelling is retrospective. When kids sit outside their tents, torch held up to their faces, stories aren’t told in real-time. It’s all in the past-tense as that’s what captures an audience. 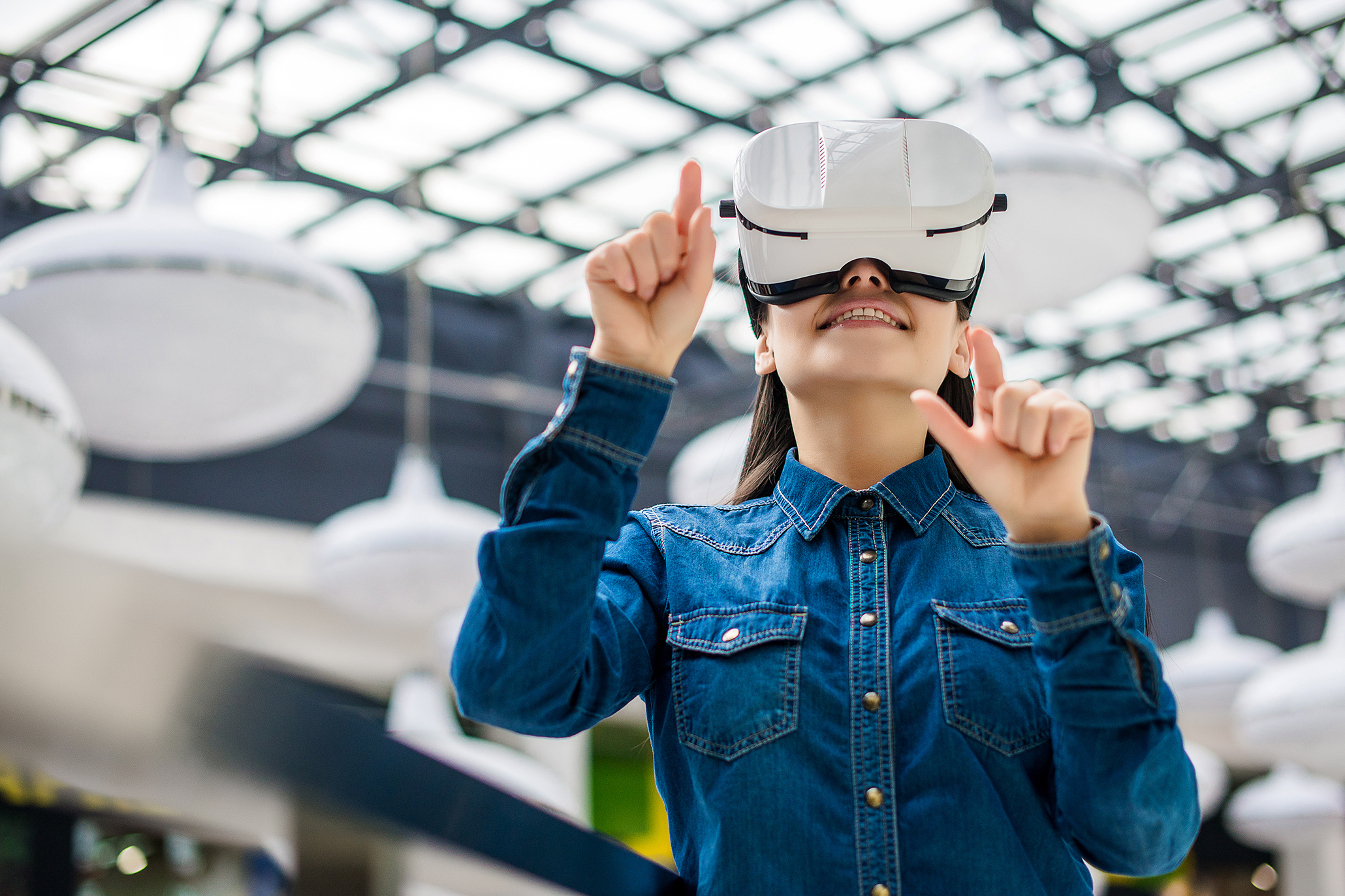 While it’s been barely three years since the launch Oculus Rift DK1 and Oculus Rift CV1, the change has been extraordinary. Latency has almost been ground into a fine dust; the screen door has been broken down, and the technology itself is challenging our brains to differentiate between virtual and real life.

Oculus CEO Brendan Iribe recently confirmed the launch of Crescent Bay; a brand new feature prototype shows off the features, the quality, the presence that needed to deliver consumer VR that can also benefit the lives of businesses worldwide.

You could argue that it is important to have some plastic fantastic, almost fictional element to a brand’s virtual world to make it stand out from real life, but is it truly necessary?

There are many ways to build brand awareness for an organization and VR has an important role to play going forwards.

While effective storytelling is retrospective, just because a brand communicates a narrative with its audience through VR, doesn’t mean it has to be presented in the present-tense. If an organization was to harness its power and apply the principles of virtual reality gaming, or even traditional filmmaking, it could reach audiences in ways it has never been able to before.

People as consumers are evolving and as such, brands, need to develop its repertoire to meet their needs. Today’s digital consumer wants the perfect balance between convenience and tangibility: people want to reach out and touch something, but with minimal effort.

At large, today’s consumer, is lazy yet tech savvy; wants to be entertained and offered value beyond a Facebook post. In essence consumers today want to be immersedin what you, as a bran, have to say – and VR will give you the tools to do so.

Take The New York Times for example. As part of the media giant’s new NYT VR initiative, it is sending out over a million Google headsets to its print subscribers.

The first NTY VR project, in collaboration with Google, is called The Displaced and focuses on three children across South Sudan, eastern Ukraine, and Syria, whose lives have been uprooted by war. This is the first release in a line-up of virtual reality films that the Times plans to release to subscribers. 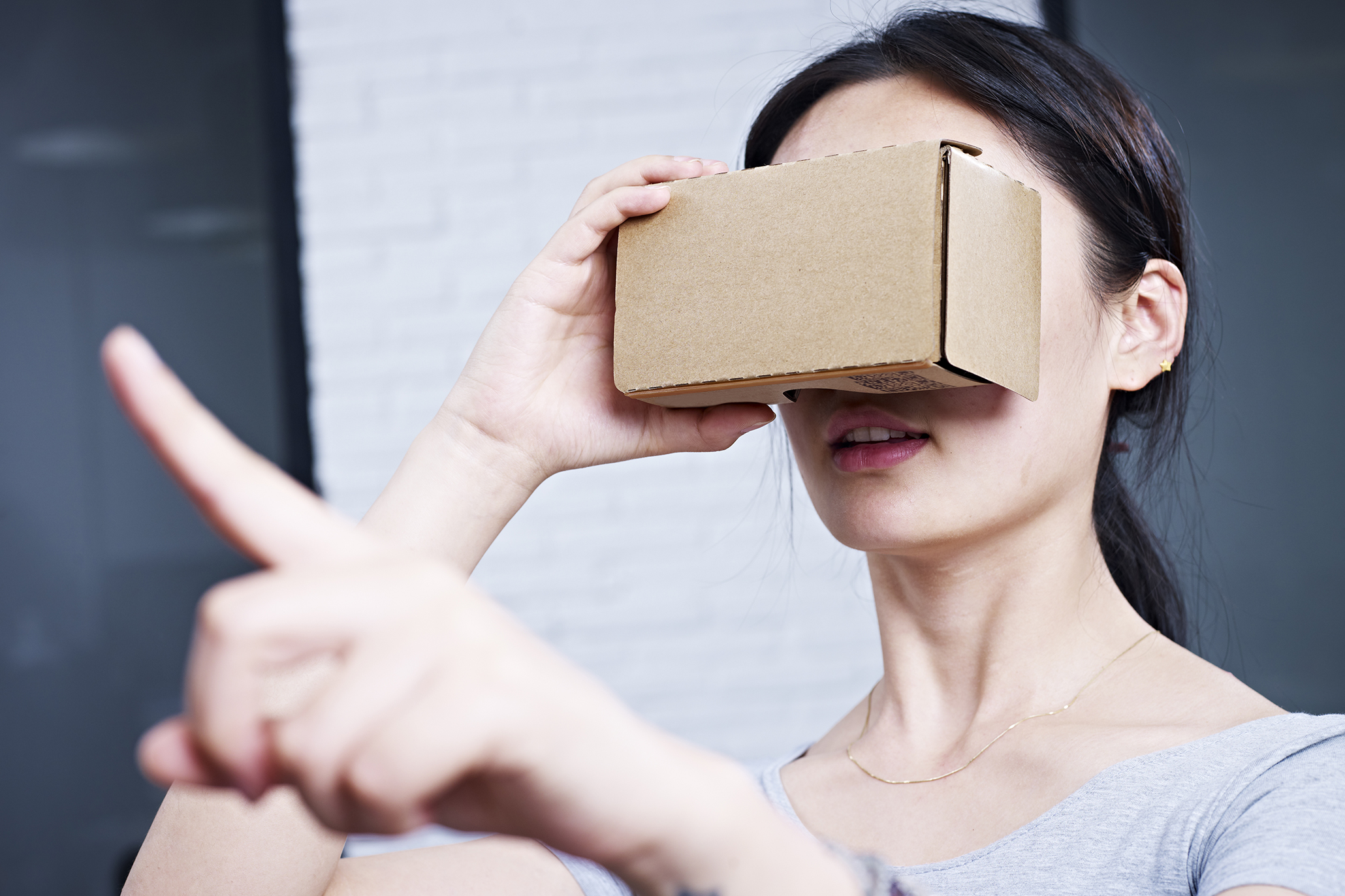 As such a journalistic powerhouse, readers of the New York Times expect innovative and compelling storytelling – and by taking advantage their in-house digital talent (as well as Google’s) they harnessed the power of VR to take their brand to a whole new level. The first batch was sent out to print subscribers and has so far driven 600,000 film downloads; a very positive response indeed. A prime case of a brand accelerating into the future with virtual reality.

Also, in case no-one noticed, the Rio Olympics has just been and gone – and this year’s has been the most digitally innovative yet.

During the games, Samsung partnered up with broadcaster NBC to provide fans with 85 hours worth of VR Olympic entertainment. Sporting fanatics were able to transport themselves to iconic spots like the Copacabana Beach; they were able to enjoy exclusive content while watching the games unfold – and they were able to absorb a slice or two of both NBC’s and Samsung’s story.

In fact, VR partnerships like this contributed towards producing more than two billion minutes (33 million hours) of online viewership. That’s colossal – and much more successful to predictions prior to the games.

So, how do you go about building a strong virtual reality narrative for your brand?

Think about what you want to say, or sell. Think about a beginning, a middle and an end. What is your conflict (consumer problem) and what is your resolution (what you can offer that is unique)?

Think, create, refine and use VR to make an exciting backdrop to your story. Select provocative characters and outstanding imagery, then use VR as a mind-blowing backdrop that will grab people and make them listen to every word.